by Murder He Wrote 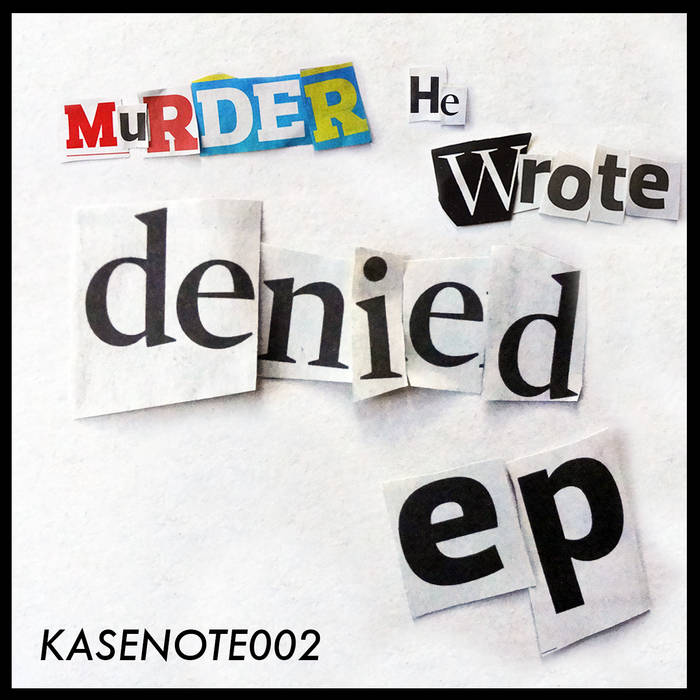 A bunch of music I made for playing loud in nightclubs in 2014.

Following on from remixes and releases on Skint Records, Wah Wah 45s and Numerology, Brighton based producer and DJ Murder He Wrote returns home to Kasenote aiming straight for the dancefloor jugular.

2014 has been a good year for Murder He Wrote. Quitting/being sacked from a full time job selling insurance for washing machines toward the end of 2013 provided a previously unknown amount of free time to focus on music, a focus thats clearly paying off. January began with a trip to South Africa having been handpicked by Benga and a team from the British Council to play Cape Town Electronic Music Festival and spend time in Red Bull Studios CT. During that studio time the finishing touches were applied to the Work It EP [KASENOTE001] which, released in March, went on to gain significant club and worldwide radio support (incl. Radio 1, 1Xtra, Rinse, 6Music, NTS & KCRW) from a diverse range of DJs (incl. X-Press 2, Eliphino, Kele Okereke, Dark Sky and Moxie).

Since then in addition to a number of festival gigs (incl. Soundwave Croatia) the work rate has remained high with a number of remixes composed, most recently of Leeds based space­-jazz 7 piece Paper Tiger for the legendary Wah Wah 45s label.

Back to the present day and following on from the eclectic take on House that personified the Work It EP, Murder He Wrote diversifies further still on this new release combining influences of Bmore, Funky and Hip­Hop with a 4/4 pulse to create a distinctly UK tinged and club focused sound.

Bandcamp Daily  your guide to the world of Bandcamp

Serena Cherry debuts her black metal project, plus a Pick from the Crypt block from Svalbard